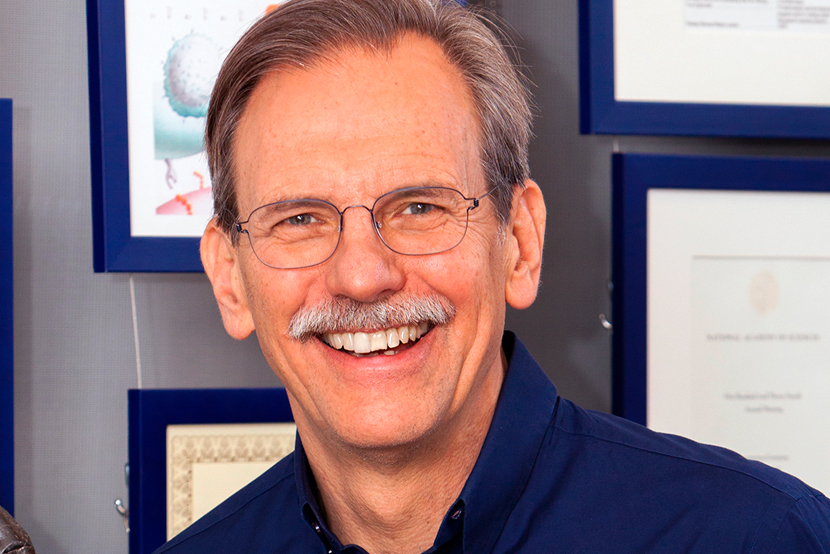 Talk: Integrins: «Machines with three states, each with a function»

Inscriptions in order to get Zoom link: https://forms.gle/Fs85tCcDzcztZQWS9

ABSTRACT: Integrins are cell surface heterodimers of alpha and beta subunits, each of which have have large extracellular domains (670-1200 residues), single-span transmembrane domains, and usually short cytoplasmic domains. One domain at or near the N-terminus in each subunit, the beta-propeller in alpha, and the beta-I domain in beta, come together over a large interface to form the integrin head, which contains the ligand binding pocket. This interface dictates which of the 18 integrin alpha-subunits and 8 beta-subunits in vertebrates can come together to form the 24 integrin heterodimers. 22 of these contain beta-subunit cytoplasmic domains with motifs that bind to adaptors that link them to the actin cytoskeleton, movement of which has an important role in integrin activation. The ligand binding pocket of integrins is contributed by both subunits; conformational change on the beta-subunit side regulates affinity for ligand, which is 700-4,000 fold higher, depending on the integrin, in the extended-open state compared to the extended-closed and bent-closed states. Transition between folded-over and extended conformations at knees in the legs of each integrin subunit interconverts the bent-closed and extended-closed states but does not alter intrinsic affinity for ligand. Transition between the open and closed states of the beta-subunit beta-I domain alters affinity for ligand. Antibodies that could allosterically activate or inhibit integrins were selected by the integrin field based on their effects on cell adhesion in the 1980s and 1990s. In the 2000s and 2010s, my lab used fragments antigen-binding (Fab) of these antibodies to show using electron microscopy that they stabilized the extended, closed, or open states. More recently we used these Fabs with intact cells or purified integrin fragments to measure the ligand-binding affinity of the basal ensemble of states and either mixtures of two states or single states stabilized by Fab. Hence we know the ligand binding affinity of each state (its intrinsic affinity) and the population in ensembles and the free energy of each state. More recently we have measured the ligand-binding kinetics of each state. As described in my seminar, we now use single molecule FRET of integrins to measure the kinetics of conformational change between states. We hope to eventually completely understand the activation trajectory of integrins on cell surfaces, as they flux from the low energy bent-closed state to the ligand-bound extended-open state, which is stabilized by force applied to the beta-subunit cytoplasmic domain and resisted by ligand embedded in cell surfaces or extracellular matrix. The free energy of the otherwise high-energy extended-open integrin state is stabilized by the applied tensile force, times the change in distance upon integrin extension, which is large, ~130Å.
Preparatory reading: 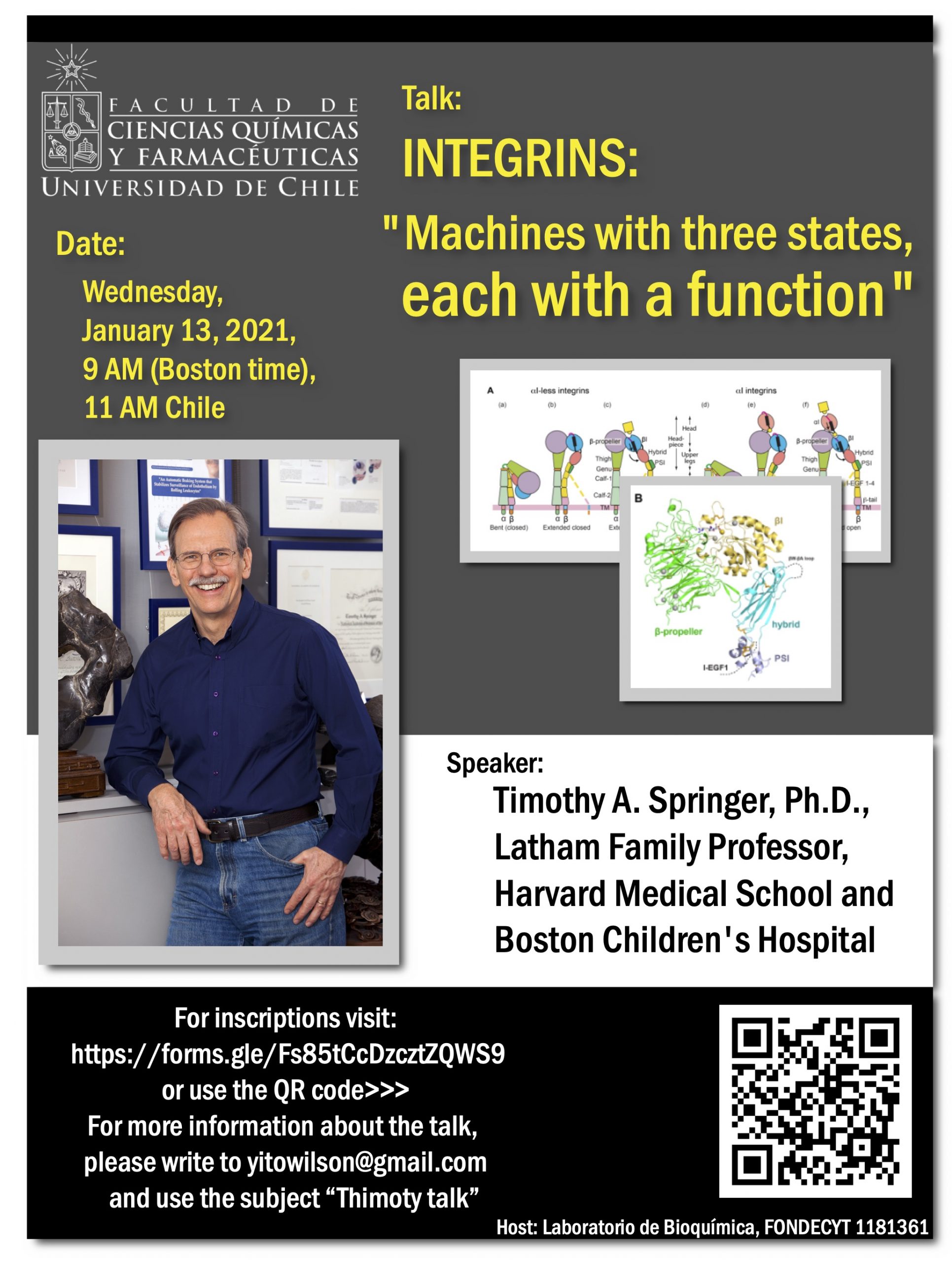